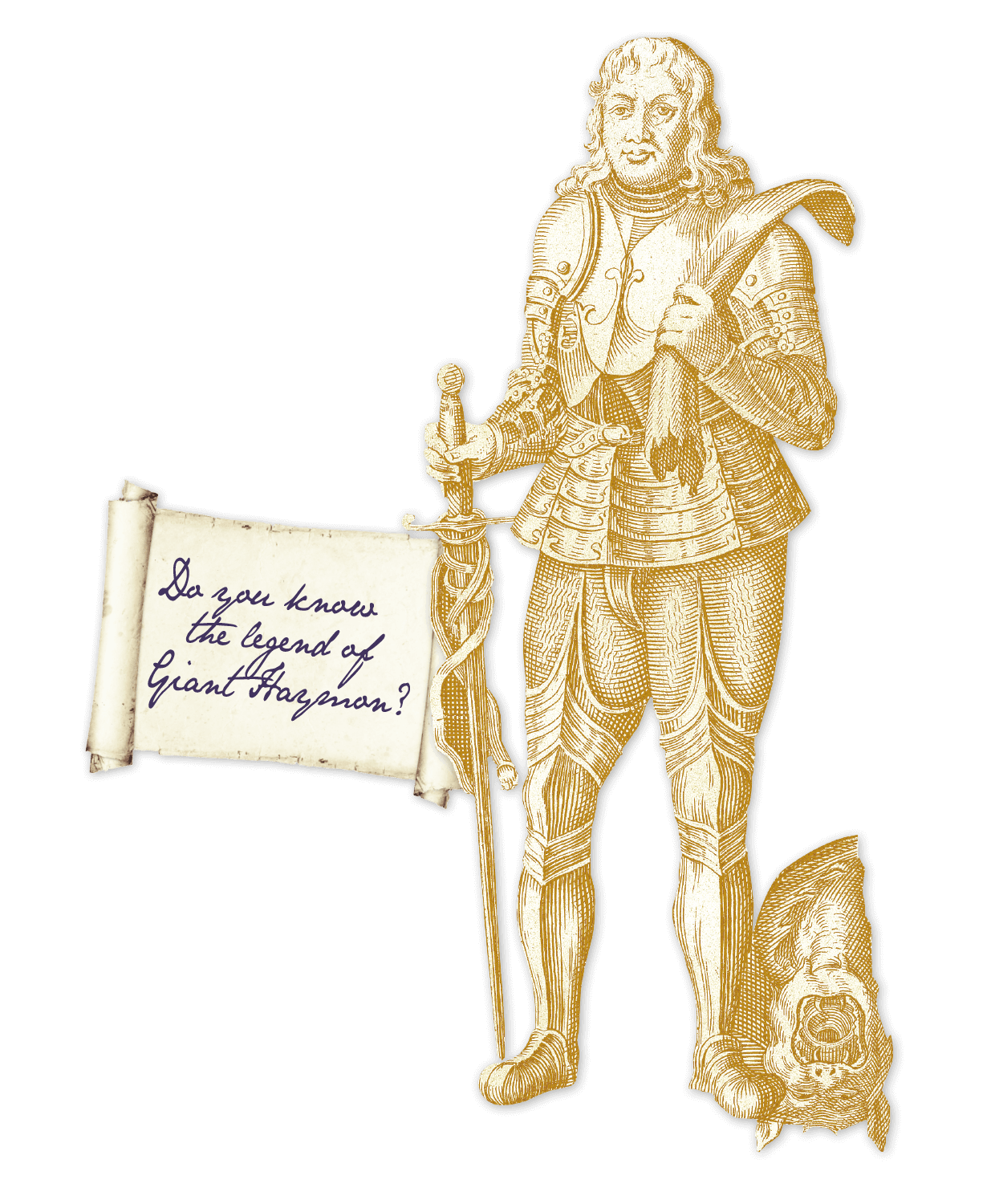 Legend of the giant Haymon

The legendary story of the giant Haymon has particularly characterised the hotel. The legend from the 16th century says that the giant Haymon once lived as a peaceful knight in the Inn Valley. One day the cruel and combative giant Thyrsus, who lived here on the Seefeld Plateau, came along and destroyed Haymon’s castle. A terrible fight broke out, during which – according to the legend – Thyrsus uprooted a tree in order to kill his enemy, but Haymon was armed with a sword, triumphed and slew Thyrsus.

His blood gushed out over the plateau, seeped away and formed a lake out of “Dirschenblut” (Thyrsus’s blood) that has been extracted to this day as curative ichthyol or rock oil. But instead of rejoicing over his victory, the giant Hayman felt deep remorse over his deed and founded the Wilten Monastery in Innsbruck, where he spent the rest of his life as a simple monk.

The curative rock oil was extracted in Seefeld into the 1970s and is still processed today in the hamlet “Maxhütte”.